While doing some stocking-stuffer shopping in the Dollar Tree store this week, I came across this great tractor-trailer rig. 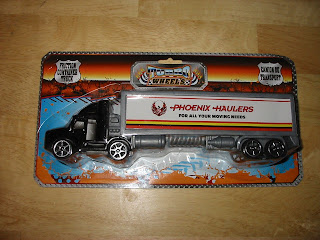 It is cheaply designed, being molded in one piece, and having all the windows represented by stickers. But it could easily be fixed up with a good paint job. It has no designated scale, but measures approximately 9 inches long, and looks okay to me next to the Wargames Factory Zombies shown below. 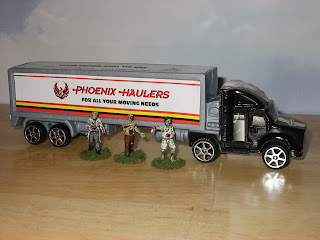 At Fall In, I had the good fortune of Buck Surdu giving me the free figure set he got for signing up with the Old Glory Army. The set contained 6 kids throwing snowballs and six evil looking snowmen as well as a small set of rules for fighting battles between the kids and the snowmen. The kids measure approximately 28mm in size, and the snowmen measure approximately 45mm-50mm. Buck knew I could use the figures in my Christmas Wars games, whereas he had little use for them.
I needed ten snowball throwers to make a GASLIGHT unit, and was lucky enough when fellow HAWK Don Hogge gave me four of his to complete my 10 man unit.
So, since the con I've been busy painting them and have just finished the set of six original snowball throwing kids. 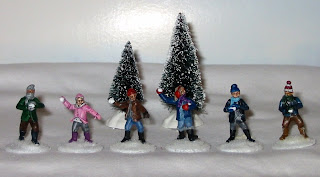 The figures are well animated and paint up easily. The set comes with four boys and two girls. 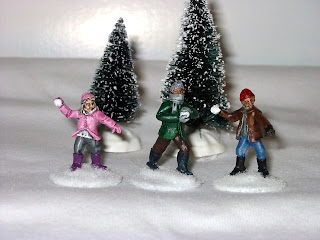 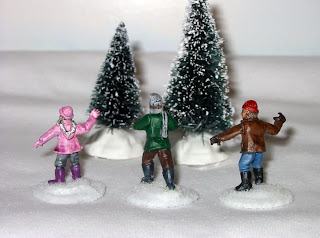 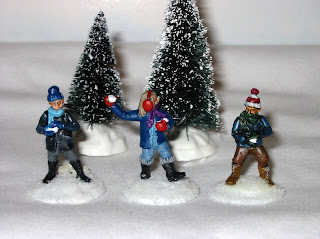 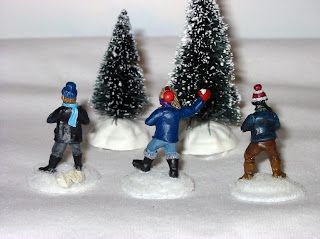 Posted by Chris Palmer at 3:51 PM No comments: