This week I completed two giant turtles with howdahs for a planned Lizardman army I want to build for my "Bear Yourselves Valiantly" forces.  The turtles are actually 15mm models from a lot of 15mm Lizardmen figures I bought on the TMP marketplace a while ago.  The Lizardmen figures are from Pendraken.     The original 15mm howdahs stood too tall for the 10mm figures, so I had to cut  the walls down about an 8th of an inch all around. 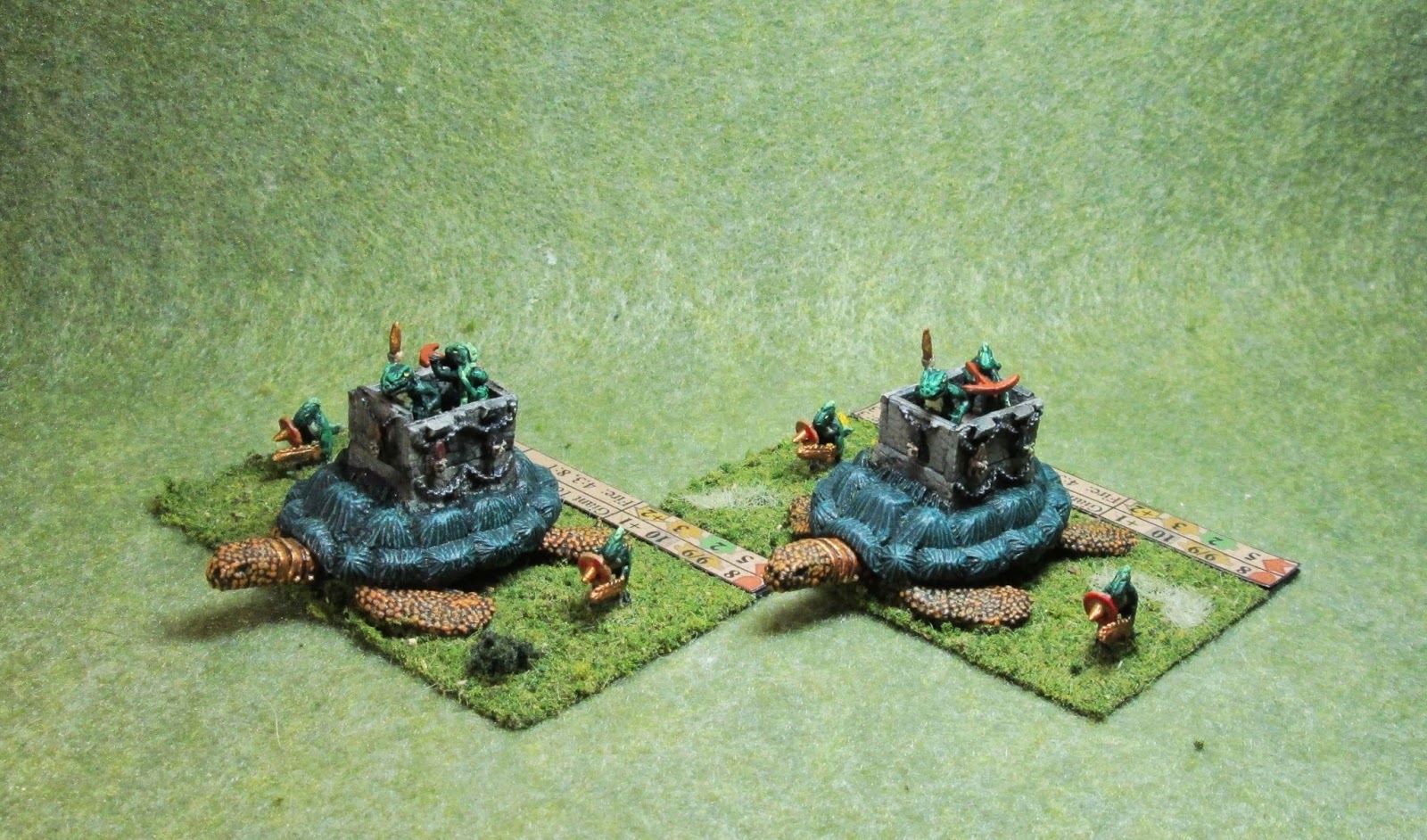 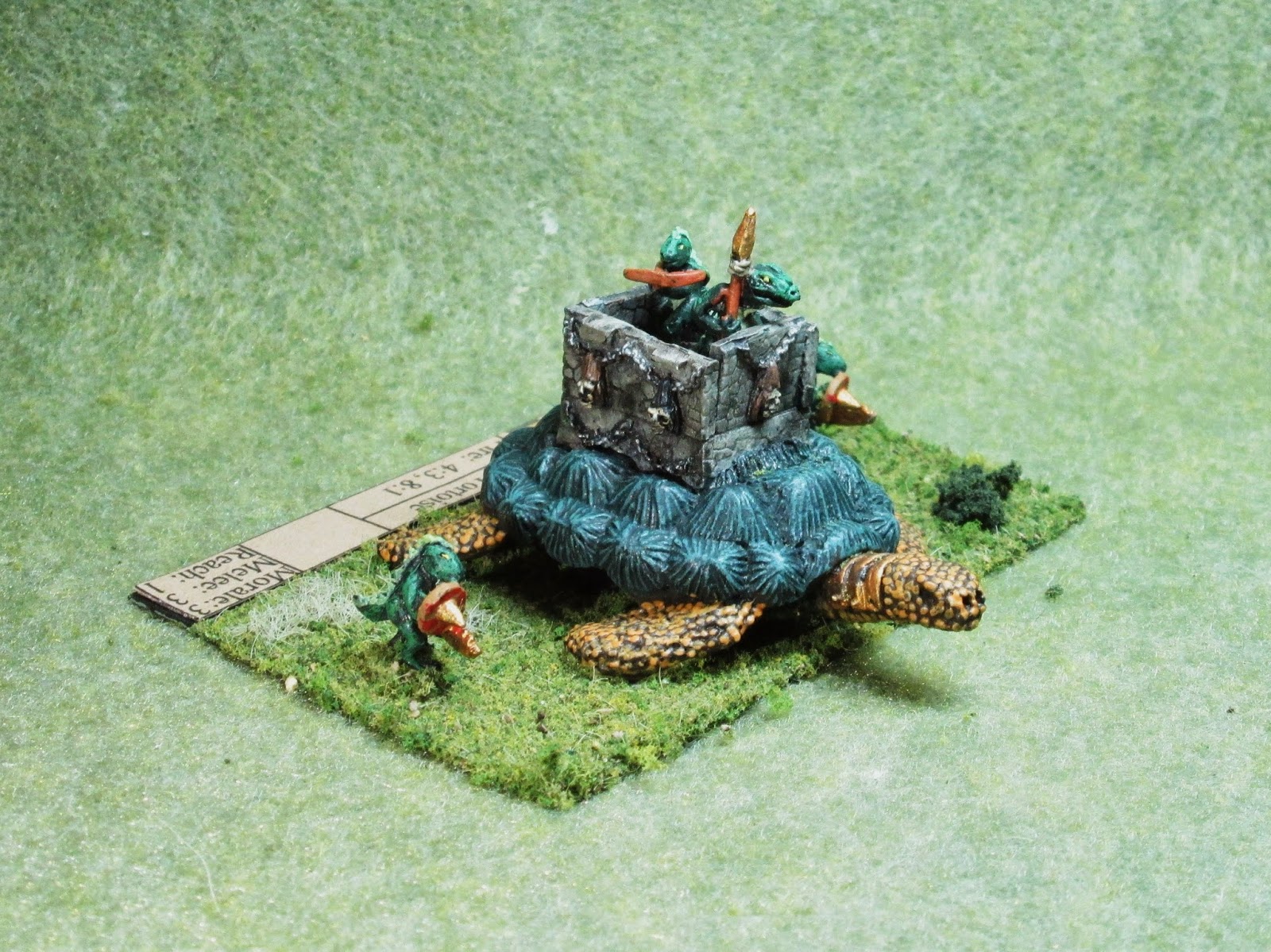 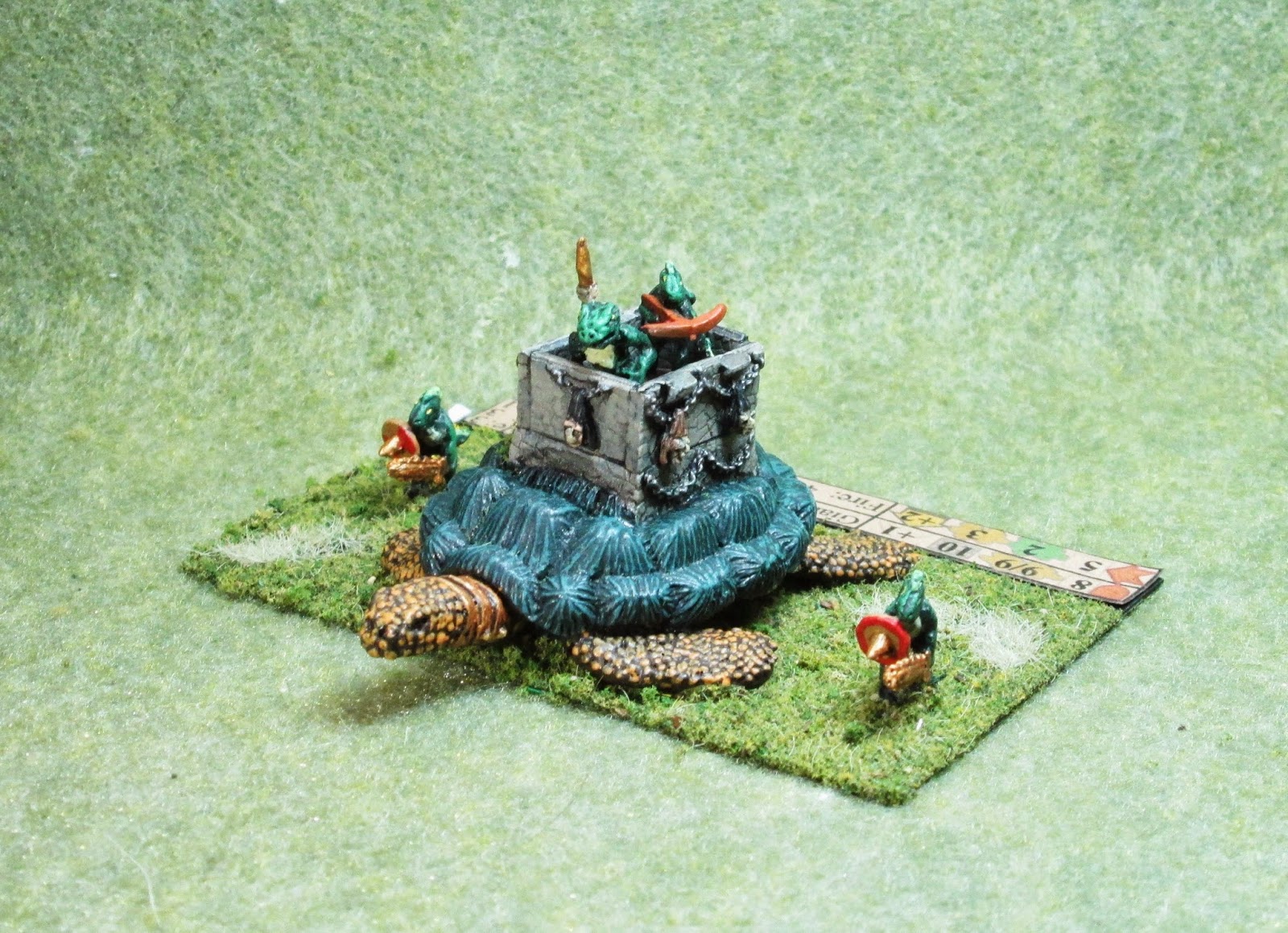