HAWKs Run Memorial "The Sword and The Flame Game"

Friday night, and their regular meeting, the HAWKs played a memorial "The Sword and the Flame" game to commemorate the passing earlier this month of the rules' author, Larry Brom.   Many of the club members had not played the rules in over a decade, and for some of the younger members, this was their first exposure to the rules. 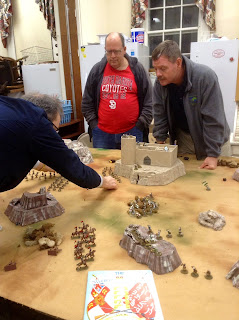 GMs Buck Surdu and Chris Palmer chose to use the "Revision 1" version of the rules.  The scenario involved a British column sent to capture a Pathan fort where "Wee Willie Winkie" was being held. 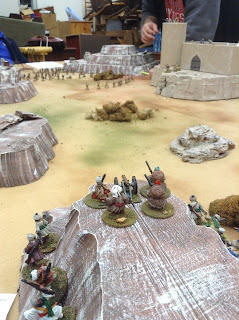 The game seemed to be a close one until the unit defending the fort failed their Critical Morale at 50% casualties, and decided to "abandon ship".   After that, things fell apart pretty quickly for the Pathans. 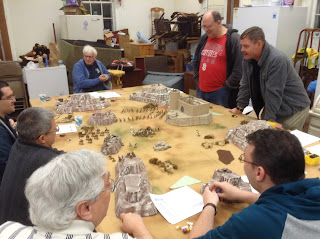 Everybody had a great time, and for this old wargamer it was a lot of fun to dust off this old set and run it again.  Many of my formative wargaming years were spent playing these rules, and this was a nice trip down memory lane. 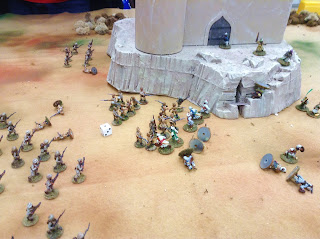 Hopefully another decade wont pass again before we break out these timeless rules for another game. 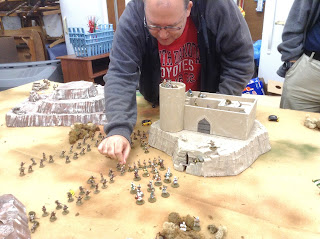