This past week I completed a 10 man unit of Burgundian Handgunners for my growing War of the Roses Project.  These are plastic multi-part figures that I assembled and painted from the Perry "Mercenaries, European Infantry 1450-1500" boxed set. 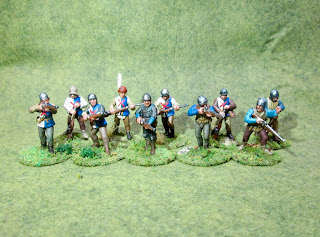 I am going to be running a 6 player game using the Feudal Patrol rules at Cold Wars in Lancaster PA this March; so I am frantically trying to get all he figures I need assembled and painted. 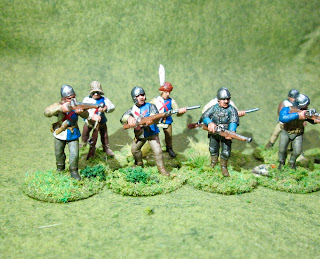 I'm a fan of multipart plastics for the amount of variety and conversion one can accomplish with the many pieces, though I have to say it is rather time consuming to have to build each figure you need.
I am currently working on a unit of Swiss Pikemen from the same boxed set to also join the ranks of my armies.  I hope to have them done later this week. 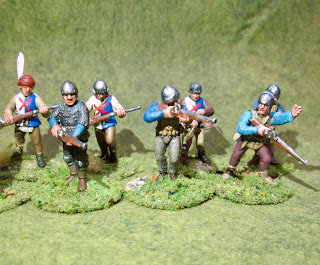