With Historicon 2013 just around the corner, I thought it was once again time to step into the old time machine, and take a look at my GASLIGHT games at Historicon ten years ago in 2003. At Historicon 2003, to promote the release of "Battles by GASLIGHT", the big battles supplement to the basic GASLIGHT rules, I ran a couple of 15mm Battles by GASLIGHT" games set on the re-emerged lost island of Atlantis, where the major colonial powers were vying for the island's untold treasures. 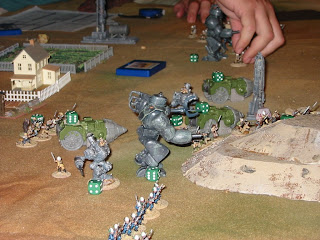 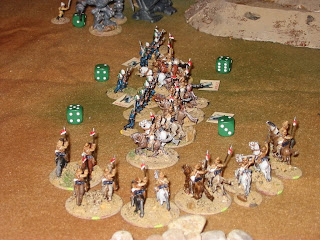 Also, I ran a big Civil War by GASLIGHT game in 25mm, featuring a Confederate attack on some incomplete Union fortifications. 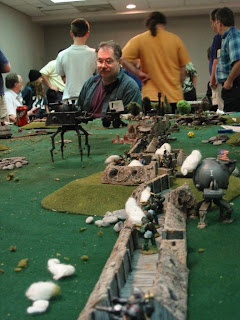 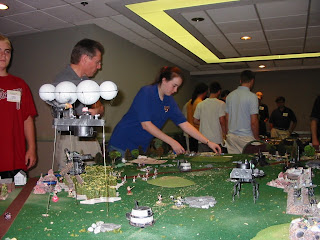 And finally, on Sunday, I ran a Bring-Your-Own-Forces game using the underdevelopment "Adventures and Expeditions by GASLIGHT" RPG rules. Players were invited to bring their own figures, and rolled up stats before the game. Interestingly, this was the first incarnation of the "Rescue the Queen from Prussian agents in a Western town" scenario, that I'm running this year, as a regular GASLIGHT game entitled, "Victoria Hawkes Saves the Queen by GASLIGHT" 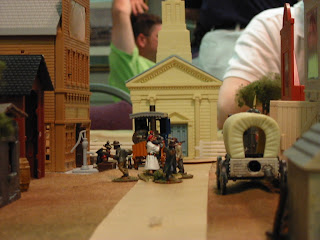