This past Saturday a group of the HAWKs got together to have a second painting bee for this year's Franco-Prussian War themed "Armies for Kids" project.   The group met last February to begin the project, painting almost 500 15mm French figures; and this time the plan was to paint the Prussians.  Since many of the Prussians that had been donated were already painted, we only had 250 Prussians to complete. 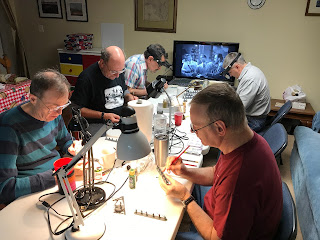 With all the infantry done, the plan now is to schedule a third session to work on the cavalry for both armies.
Once completed, the armies will be presented to six lucky kids who take part in a specially designated game at this year's Historicon.  Each kid who participates in the game will get a set of opposing armies, terrain, rules, and game aids. 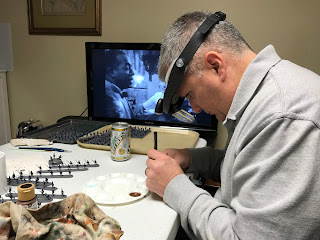