Here are my photos of some of the HAWKs' games at Fall-In 2010. I arrived Friday a little after 6:00PM, with barely enough time to set up my 7:00PM game. Excuse the first three pictures, I had to use my cell-phone for them, as my digital camera was in my luggage.
Click on any picture to view larger. 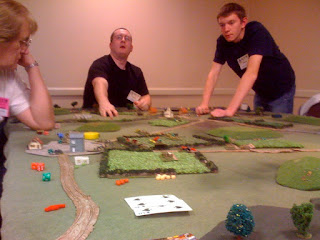 My 7:00Pm Friday game: "Look, Sarge, It's Raining Paratroopers" using LSNC:WWII rules. This was an eve of D-day scenario with American paratroopers starting the game scattered all over the place. They need to organize and assault three lightly held German towns, before the Germans start getting reinforcements. 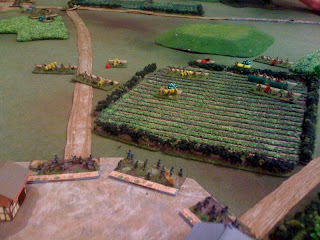 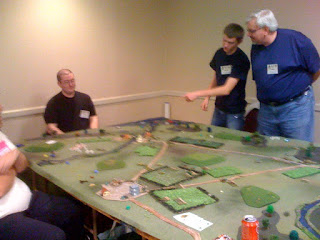 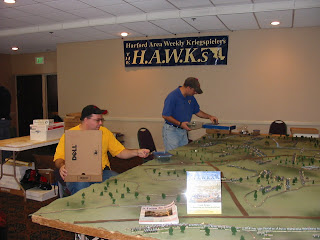 Saturday morning I was to be an assistant GM in Eric & Kurt Schlegel's , "Look, Sarge, the Generals are Eating Breakfast" game at 1:00PM using A Union So Tested rules, but wound up commanding Union General Palmer's (his real name!) Division just right of the Union center. This 11 player scenario was a depictions of the Battle of Stones River in Tennessee. 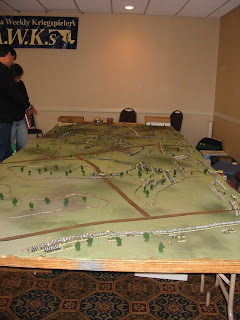 An overview of the big 20 foot table. 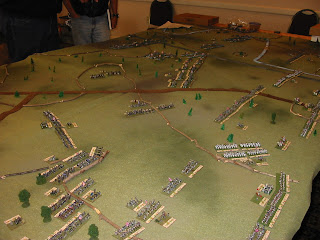 A view of the table from the Confederate left. 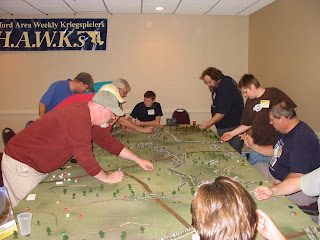 Another view of the table 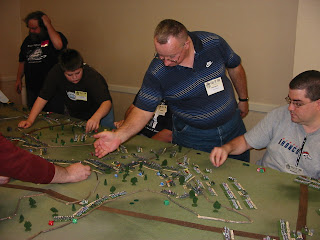 The meat grinder in the center of the battle. 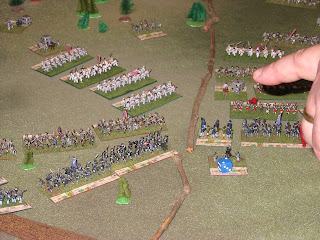 A close up of the 10mm figures, each base represents a regiment. 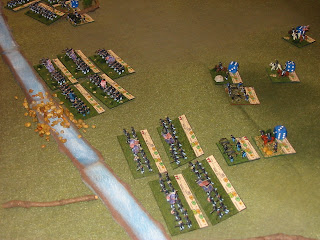 Union troops try to force a ford on the Union left. 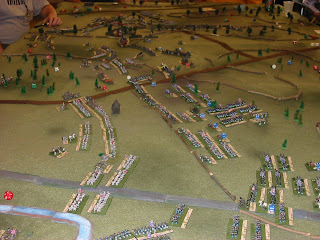 A view of the left flank of the Union 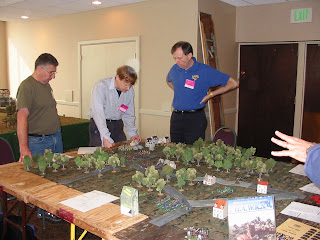 Duncan Adams' "Neufchataeu: August 22, 1914" game Saturday at 2:00PM, using "Square Bashing" rules. A battle in the Ardennes from the early days of WWI 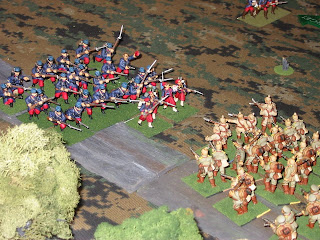 A close up of the early WWI 25mm figures. 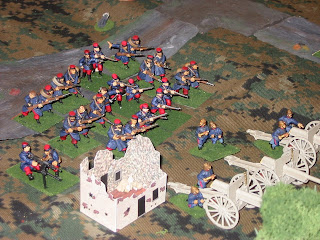 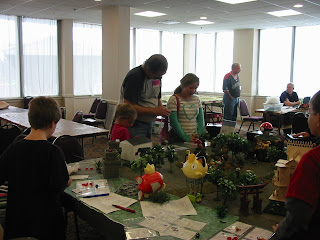 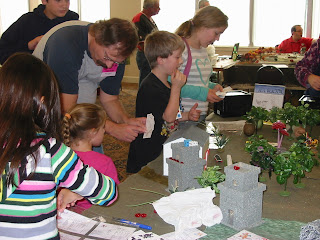 Bill helps one of the younger players. 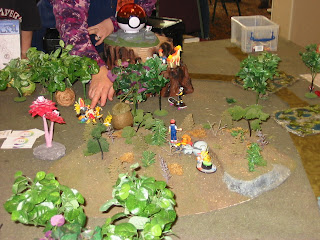 A close up of the Pokemon action. 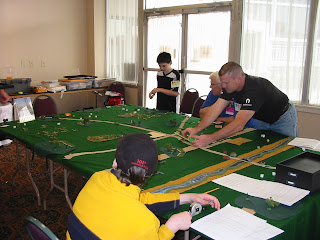 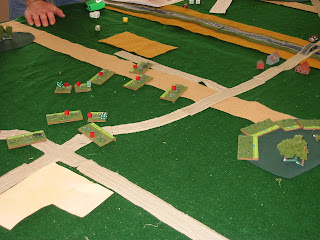 Another view of the battle. 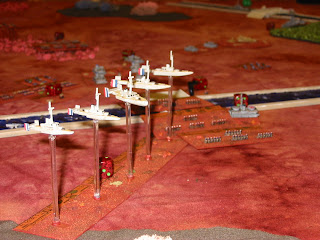 My "Look, Sarge, It's Mars" game at 7:00PM Saturday, using a variant of "A Union So Tested" rules modified for VSF. British and Germans fight over a key Martian canal junction in 1885. 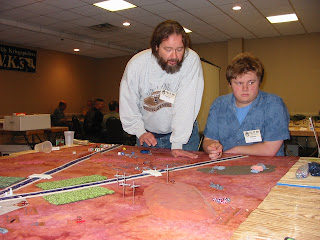 Two of the German players consider their next move. 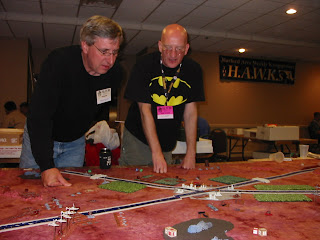 Two of the British players look over the battlefield. 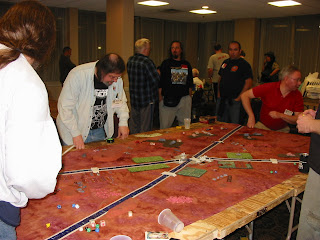 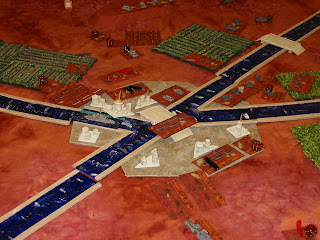 An intense battle developed in the town. A brigade of Martians, allies of the Germans, held the bridge the entire game. 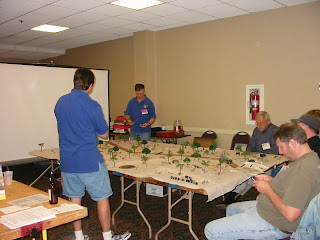 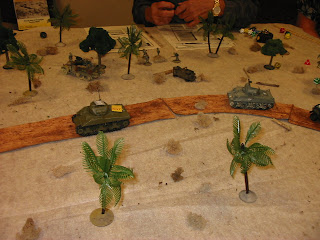 A close up of some of the Marine forces. 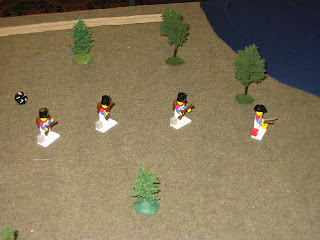 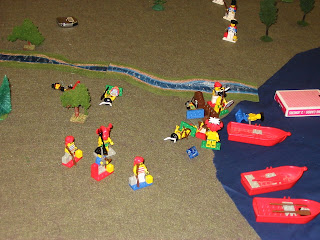 Another shot of the Lego game. 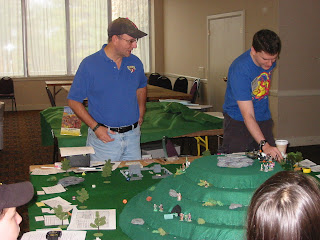 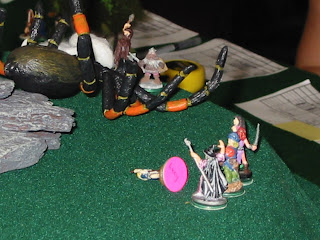 Some of the action on the top of the mountain.
Posted by Chris Palmer at 5:40 PM 1 comment: