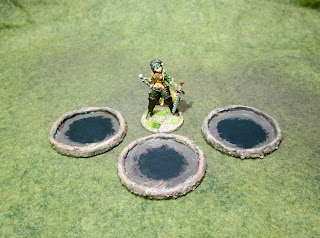 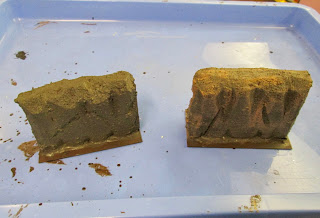 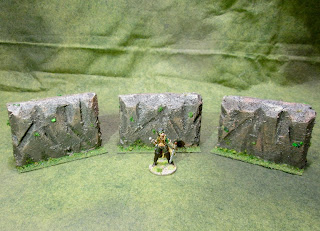 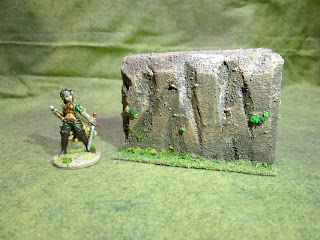 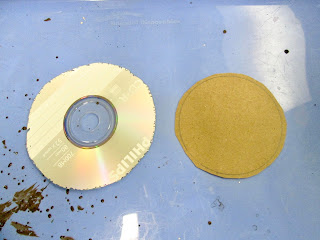 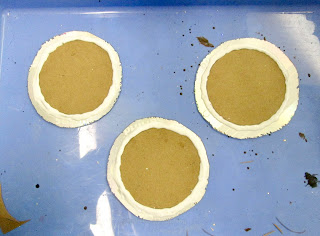 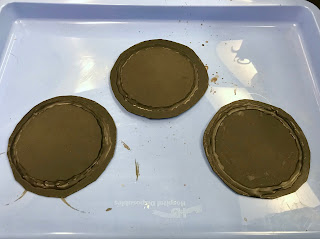 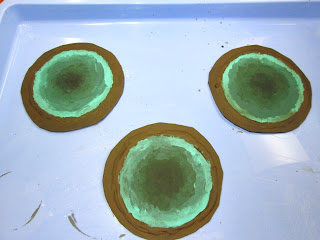 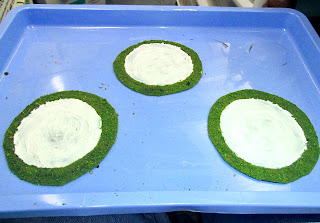 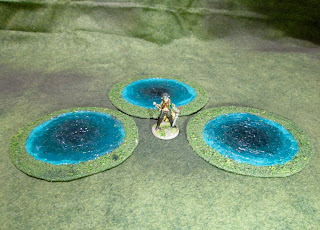 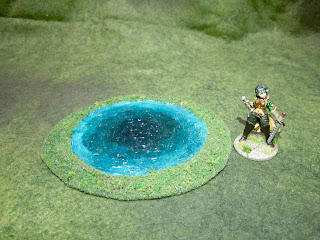 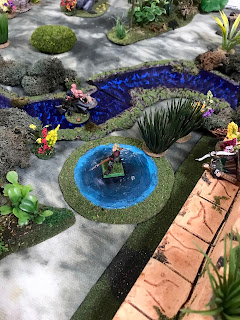 At our club's 2-day regional gaming con, BARRAGE, this past weekend I GM'ed a game of Ghost Archipelago, and was Assistant-GM in one with fellow HAWK, Don Hogge, (in which I also got to play, to round out the player count).
The first one, in which I was Assistant GM and a player, was Friday night.


The second game, in which I was GM, was run Saturday morning.


All in all they were two extremely fun games, with a bunch of great players.  I'm already looking forward to running Ghost Archieplago again at the next BARRAGE in September!
Posted by Chris Palmer at 9:12 AM No comments:

This past Friday and Saturday, the HAWKs ran their annual BARRAGE gaming convention.  Because of a scheduling snafu, our usual late September/early October date was double booked in 2017, so we ended up having our 2017 convention in January of this year.  Despite the change of dates, we had a great crowd, a lot of wonderful games, and a wide variety of vendors.

Here are some highlight photos from Friday...


And here are some Saturday highlights...

After the convention is over, it has become tradition for the club to hold a Pirate LARP, using Blood and Swash miniatures rules modified for LARPing.  This year, club member, Bill Molyneaux, was declared the winner, and Pirate King of the Club, for successfully getting the Treasure Chest out of the "Tavern" despite stiff competition from his fellow dastardly scallywags.

The club would like to thank everyone who came out this year; GM's, Players, and Vendors, who all helped make this a great convention.  See you all in September for Barrage 2018!
Posted by Chris Palmer at 11:27 AM 7 comments:

This past Saturday we got together for the first game of this year's Ghost Archipelago (GA) campaign.  We had only 5 of our regular players able to make it to the game.  Since this was our first game of the campaign, and the first GA for a couple of the players, we decided just to do a straight up simple encounter and not a scenario.
I had set the board up the night before, expecting all 7 players, but found out that morning that one couldn't make it.  So we quickly readjusted the board, with 3 central treasures and 6 start zones.  We ended  up waiting a while for the last player to arrive, so we went ahead and set our regular treasures, and chose our entry zones.  Eventually, the 6th player turned out to be a no show, so we make a quick decision to keep all 3 Central Treasures in play, but after the game roll randomly to determine that one was actually a regular treasure since there was only 5 of us.   This also left a big gap in our set up, and one player with no one directly across from them.
I drew the first choice of entry zones, so picked a corner spot that had three promising treasures within what I felt was an easy reach.   It turned out the empty space from the no show player was on my right, so I had a pretty secure flank.   The Heritor, Gregorius, and his Storm Warden, Missy, was directly across from me.   Diagonally to my front and off to the right was the Heritor, Herndon, and his Wave Warden, Arwhine.  And, of course, Herndon was in the spot with no one directly across from him.  Way off to my right was, Skorri Drakenberg, and his Wave Warden, Anemone; and across from him was the strange duckman Heritor, Robin Duck, and his duckman Vine Warden, Friar Duck.
For an introduction and character descriptions for all my crew, including my Heritors abilities, and my Warden's spells, see: My Crew
To read Skorri Drakenburg's account of the game, see: First Outing

What a game!  It started out as a near disaster, with two figures down by the second turn... one of them a Specialist.  This certainly wasn't Frostgrave...how I longed for my nice Fog walls.  Things seemed to continue to go downhill, so I decided to concentrate all my effort on just getting the Central Treasure.  I may have almost lost that too, if it hadn't been for Gregorius having some bad luck of his own, causing him to back down from a fight for the Central Treasure.  That, plus some really good rolls in the second half of the game, saved the day;  particularly Arbyn's single shot kill of the Crewman, and assist kill of the Tomb Robber.  The two hit kill on the Spirit Warrior, and single hit kill by Lord Fortrywn on the Tribal Warrior helped too.
However, I still was only walking away with one treasure.  Luckily it proved to be a true Central Treasure (Remember we had decided to  roll at the end of the game to determine which of the three was a "fake" Central Treasure, since there was just 5 of us.)  The best roll however came at the very end, when I rolled a 20 on the treasure table... plus the 2 for it being a Central Treasure gave me the ""top prize", plus the added experience for a Map Stone and a Central Treasure.  That turned the whole  battle results into a positive for my Heritor and I, and kept me on a relatively level playing field with the other players.
Can't wait to try to do better next time!
Posted by Chris Palmer at 8:09 AM No comments: