This past week I worked on completing a unit of 10 British Soldiers armed with Earth-pattern Radium Rifles to use in my "Terror Devils of Mars" GASLIGHT game, Saturday night at Cold Wars. 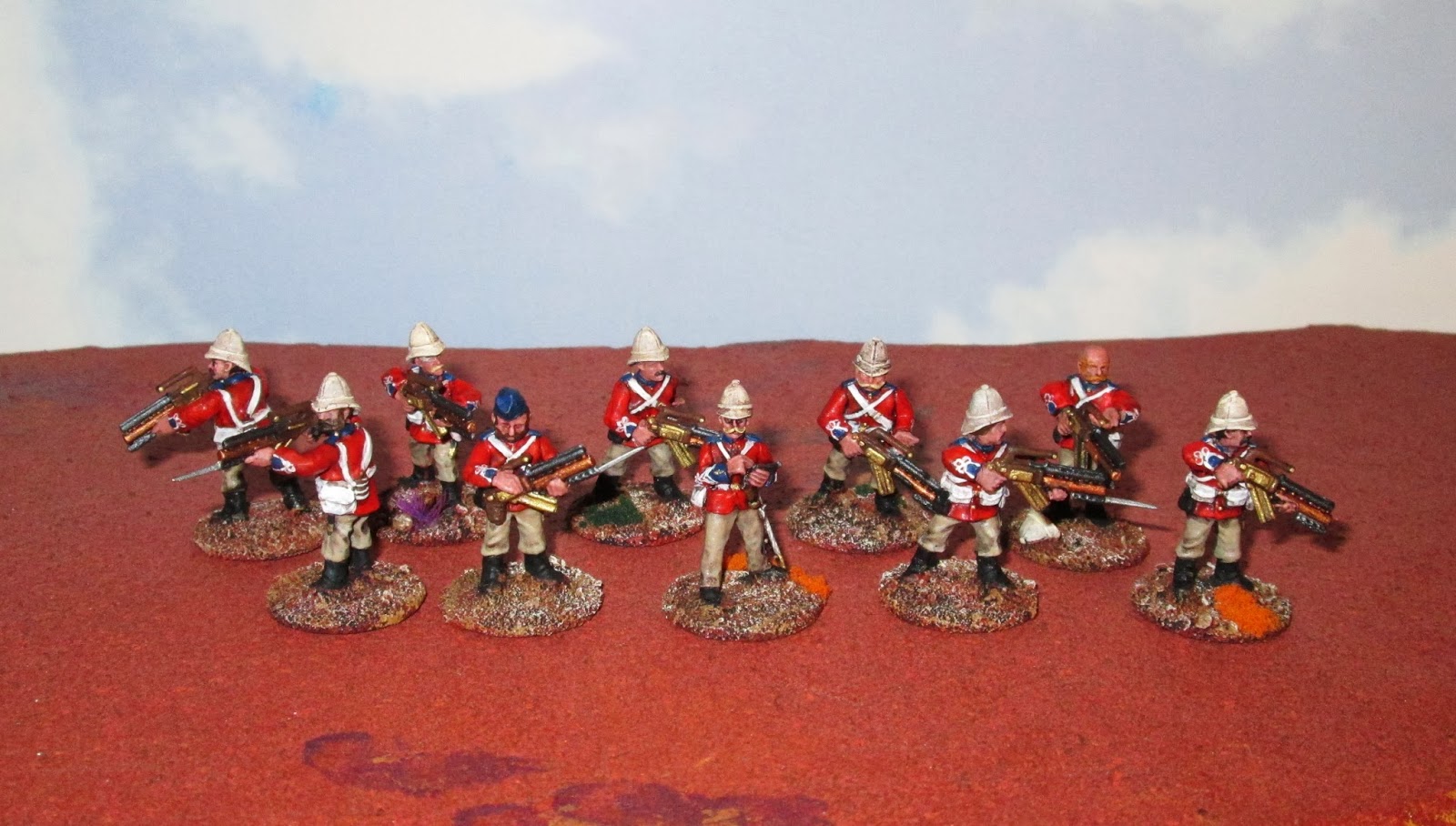 I constructed these figures using the plastic Wargames Factory Zulu Wars British Firing Line Infantry, and the rifles were from a set of plastic Warzone Bauhaus Ducal Militia.   I imagine the rifles to be earth constructed radium rifles copied and modified from the Martian originals. 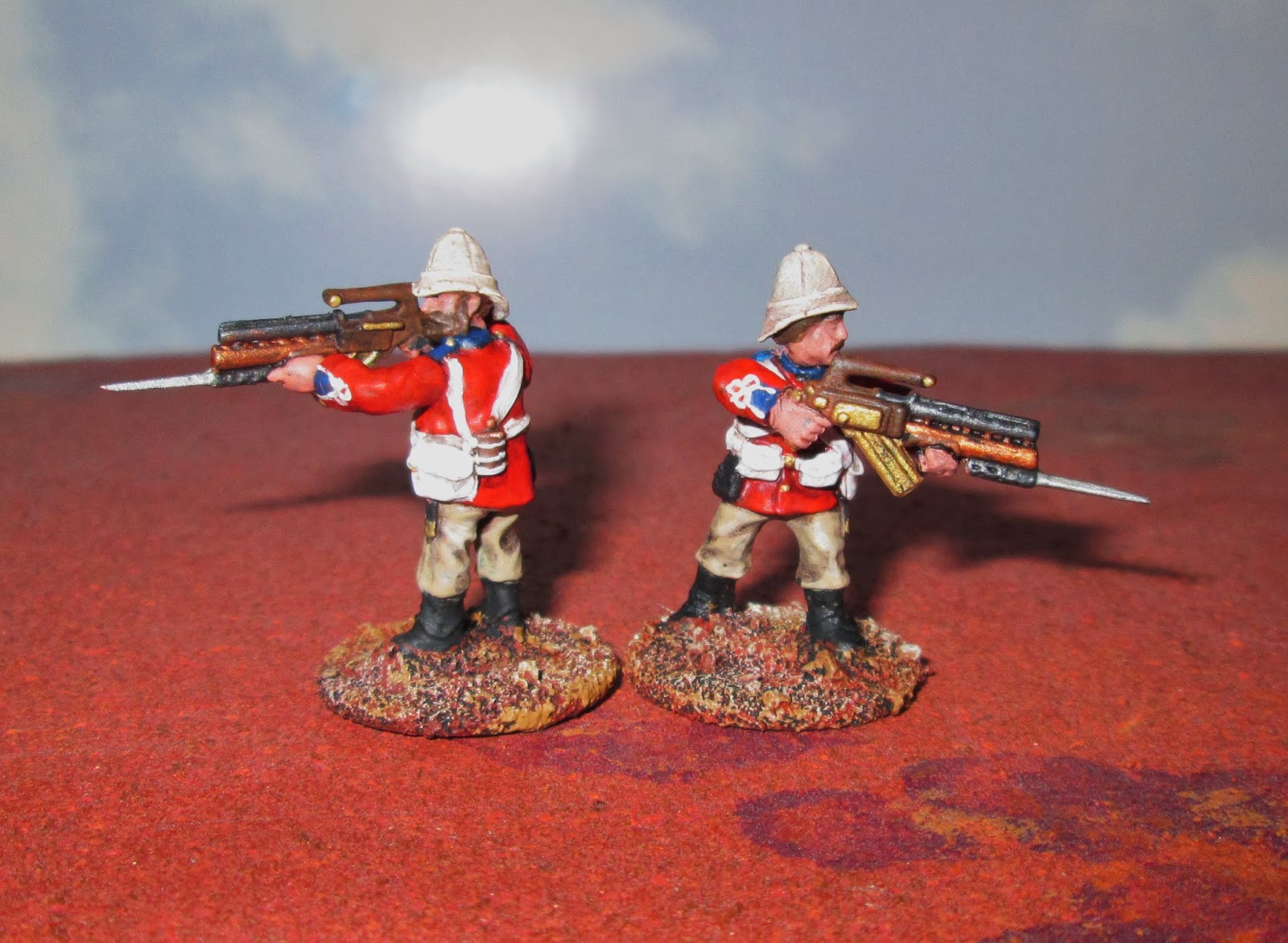 I painted them in an alternate history 1880's-'90's uniform, that envisions the British reissuing the red tunic for Mars service, but keeping the standard khaki trousers.
The figure shown below is a man-portable Gatling armed soldier, also made from a Wagames Factory figure with a Warzone heavy weapon added. 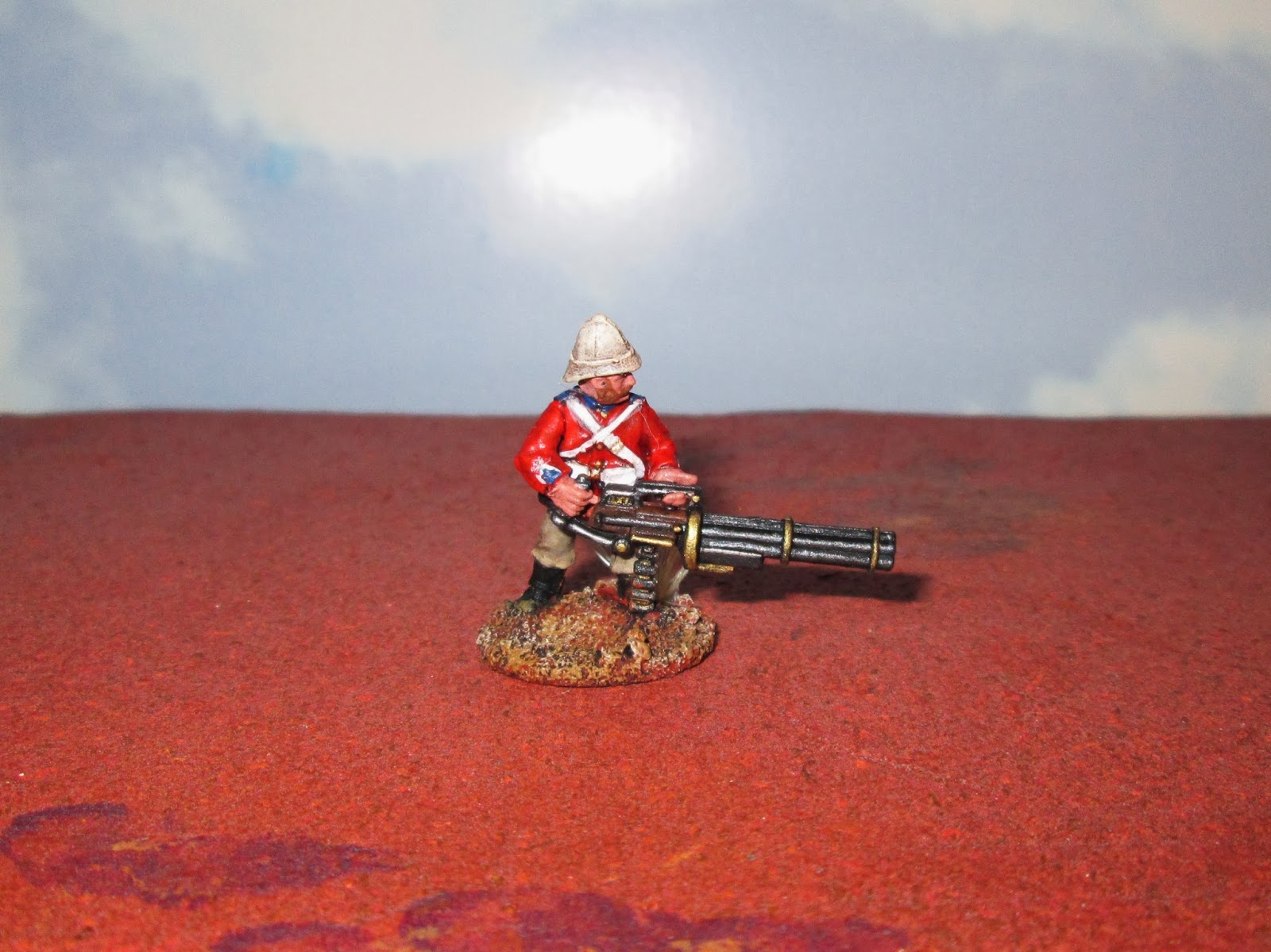