Just an update to let everyone know that the BARRAGE '19 website is open for registration!   BARRAGE is being held September 27-28 in Havre de Grace, Maryland.
Gamemasters get you games in, as the grid will fill up fast; and players, now is the time to sign up to get the slots you want! 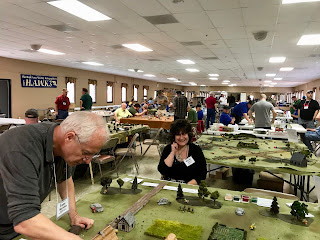 Barrage is a low-stress gaming event, focusing on having fun with miniatures games of many different genres, scales, and sets of rules.  In the past we’ve had a half dozen dealers, a few flea market tables, over 200 attendees, and thirty or more miniatures games.
Full details at the BARRAGE Webpage: BARRAGE '19 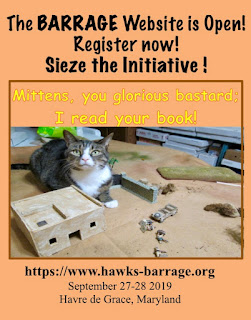 Posted by Chris Palmer at 2:30 PM No comments: