Several members of the HAWKs (Harford Area Weekly Kriegspielers) attended Har-Con yesterday and ran five games at the con. This mini gaming convention is put on by Harford Community College's Gaming Club (Harford County, MD) and features video, board, card, RPG, and miniature gaming. The crowd was light due to wonderful spring weather, and those who did attend were scattered amongst the various gaming genres.
The HAWKs had two tables at the con. On one we ran two land battles, and on the other three naval battles.
The first game we ran was my "Look, Sarge, No Charts: WWII" 1941 Russian Front game, and featured a Russian force attempting to hold open a road as German forces tried to cut it. 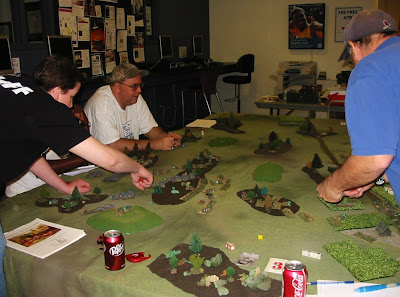 We had a nice group of players at this game including two student's of HAWK Greg Priebe, who teaches an online history course at the college, and had offered extra credit to any of his students who played in the game and wrote a two page report about it and it's relation to the history of the actual events. German forces, attacking from the left side of the table, attempt to cut the road running along the right hand side. 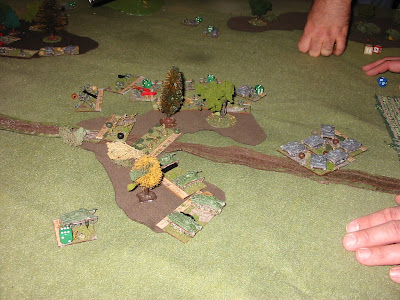 In the final moments of the game the action swirled around a small wooded area that straddled the road as the Russian defenders tried to throw back a couple of German units that had reached the road. In the end the game was declared a German victory.
While I was running this game, James 'Tank' Nickel was running an Uncharted Seas game on the second table. Unfortunately, I didn't get a chance to get any photos of it.
After my game, Buck Surdu set up his GASLIGHT 'Tripod Down' scenario; which features three tripods attempting to rescue the crew of a fourth one that has been destroyed; as local army units try to kill the stranded crew and beat back the rescuers. And on the naval table, Tank set up a 'Fire as She Bears' game featuring Swedish and Russian fleets. 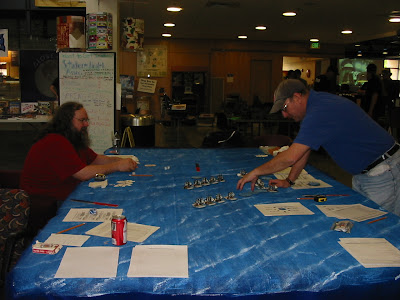 I had a chance to play in this game as the Russian fleet admiral. My lack of skill as a naval commander showed as I was quickly overwhelmed by the Swedish forces. 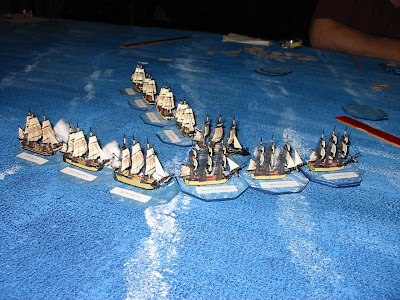 My fleet (in foreground) comes to grips with part of the Swedish fleet. 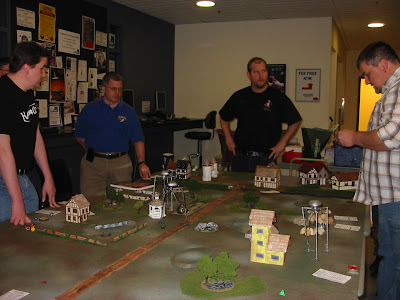 Meanwhile, Buck's game was underway on the other table. Three tripods reek havoc on the English countryside. 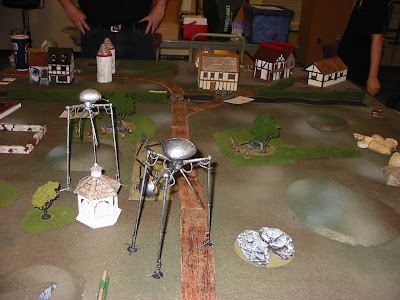 In the end, despite a stiff defense from the humans, the Martians were declared the victors. 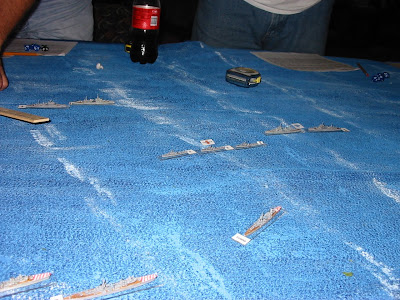 The final game of the night was a WWII naval game run by Tank using 'Naval Thunder'. I got to play in this one too as one of the Italians facing off against the British. I commanded four cruisers. 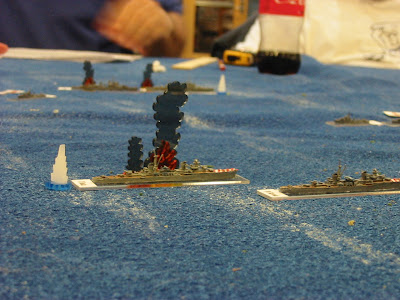 This was the second naval disaster for me, as lost my first cruiser on the second turn as a lucky British shot caused a freak magazine explosion. Soon after, as I tired to fend off two attacking groups my other ships were sunk or burning. (As seen in the photo above.) In the end the game was declared a British victory.

The HAWKs had a great time, and want to thank the convention organizers who provided everything we asked for, and all the gamers who came out and played in our games. We look forward to coming back next year.
Posted by Chris Palmer at 9:44 AM 1 comment: 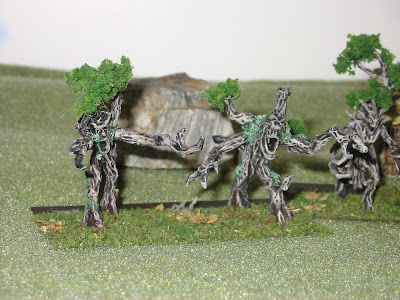 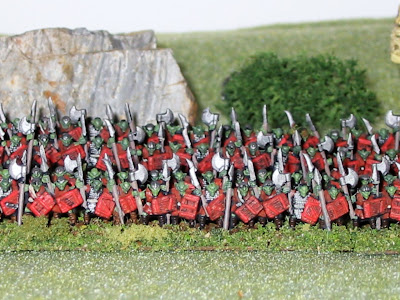 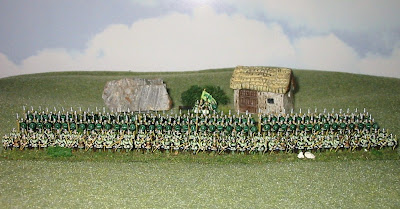 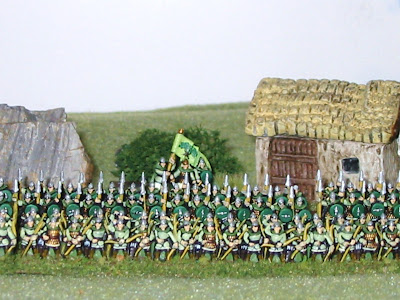 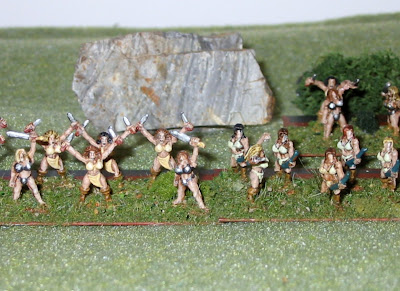 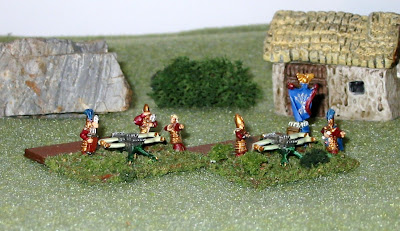 That's it for now. I'm mainly concentrating on Historicon painting at this point, but hope to post some more photos of my "LSNC: Fantasy, Ancients & Medieval" progress later in the summer.
Posted by Chris Palmer at 10:48 AM 4 comments: