Some of my readers may remember that last October I posted some figures I had painted for an upcoming new 28mm range that Old Glory/Blue Moon were developing for release this year, called Wars of Ozz.  Buck Surdu is developing the rules to go with he figures, and I was invited in to be part of the playtesting team.
We have scheduled a bunch of demo games of the rules for the upcoming Cold Wars convention, (Friday night and all day Saturday), so these past couple months we've been busy painting up units for use in the game.   Here are some of the ones I've completed recently. 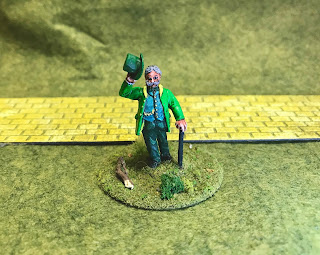 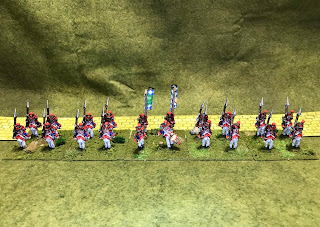 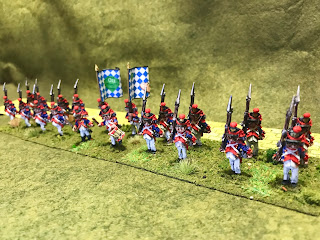 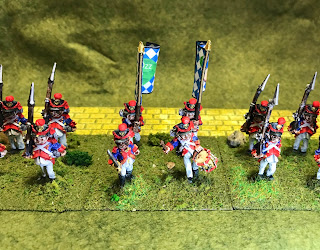 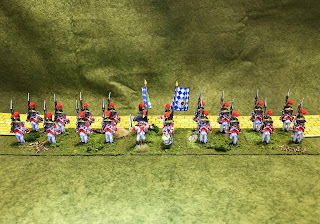 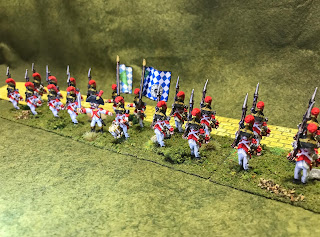 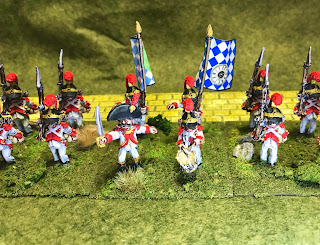 I also did up some sections of Yellow Brick road to use in the game (which I used in the above photos).   I used Christmas garden bricked streets which I subdivided into 2" widths, and then painted yellow with a small roller. 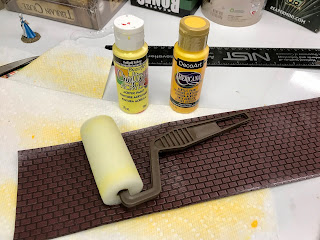 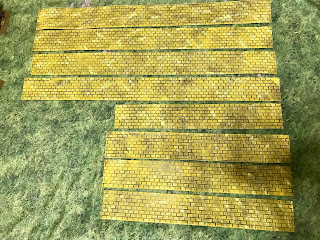 Posted by Chris Palmer at 8:07 AM No comments: