Our December campaign game is coming up in a couple weeks, so I decided to give it a bit of a Jimmy Buffett twist this year, and name the scenario after the singer's Christmas Island album.  In keeping with this idea, I decided to make some Buffett-themed central treasures. 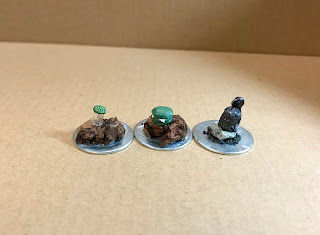 There were three that sprang to mind: A Parrot Head knight's helmet, a Cheese Burger in Paradise, and the Lost Shaker of Salt.   I figured I'd have to sculpt all three, but lucked out and found a knight figure that actually had a helmet with bird figure on it!  For the salt shaker I found some clear beads I had that would work with the addition of a sculpted shaker cap; but for the burger I did have to sculpt the whole thing from scratch.   I decided to mount them on small cork "rocks", to give them a bit of a platform to sit on. 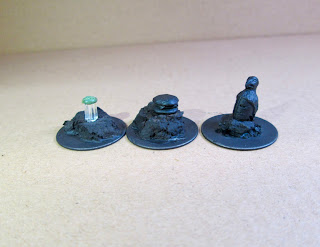 I primed them black, and then set about painting them.    I think they turned out really well, and look forward to using them in our upcoming game! 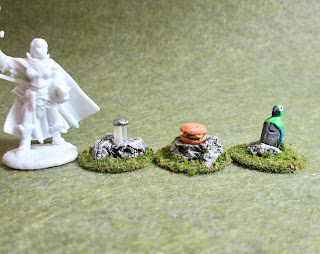 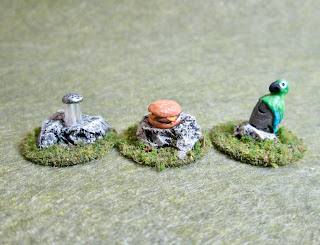