I started collecting Monsterpocalypse when it first came out and was struck by the conversion potential of many of the miniatures. I finally got around to finishing one Monsterpocalypse Monster conversion project that has been sitting on my work table for a year now. The miniature I used is called Defender X and it is part of the G.U.A.R.D. faction in the game. It was a simple conversion, merely slicing him from his base and gluing him on a fender washer, then trimming down his head and gluing on a spare helmet from a 1/35 scale WWII German Infantry set.
I base coated it with flat black primer, and then gave him a spray of German dark Yellow, and then blobs of dark green and red brown. Then I added some detail painting and some spare decals, and finished up with a black ink wash, and some random highlighting.
The end result is shown below with some 28mm miniatures for scale.
Remember you can click on any photo to enlarge it. 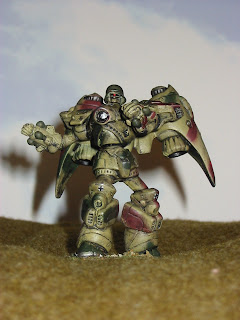 "With an army of these we will conquer the world!" 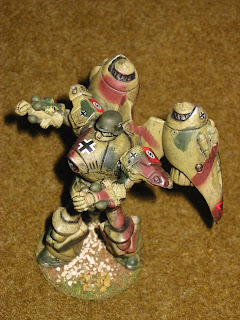 Jetpacks on the back allow for short flights around the battlefield 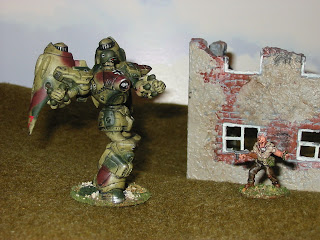 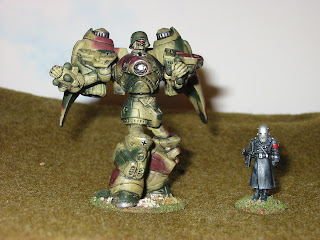 Dr Panzerkopf stands proudly next to his latest creation. 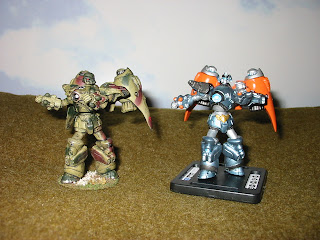 Robot conversion next to the original Monsterpocalypse figure. 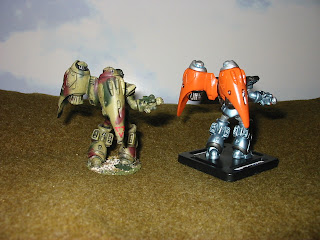 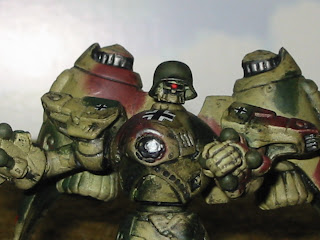 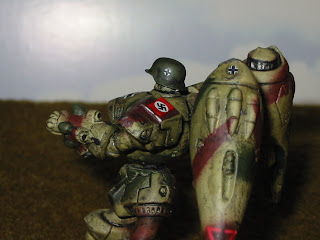