I woke up Saturday morning to a light rain, and by around 9:00 AM it had already started turning over to snow. Snow grew heavier as the morning progressed, and the snowflakes were huge, so it accumulated quickly even though the temperature was still above freezing. 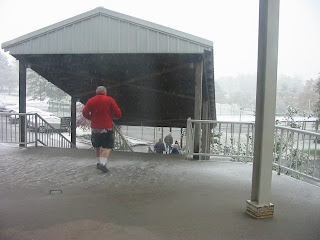 A couple hours after it started. Folks heading over to the dealers hall. 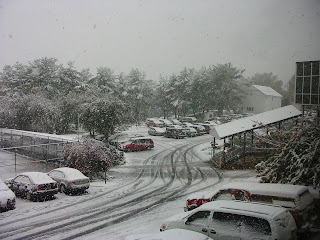 Early afternoon, and it's starting to cover everything. 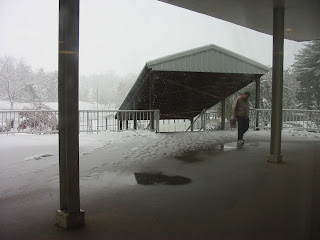 Mid afternoon and it's really piling up.


At 9:00 I started my first game of the day, 'The Lost Legion of Venus by GASLIGHT.' This scenario had a small French force being assaulted on three sides by native Parrotmen and Lizardmen. Unfortunately in my morning stupor I forgot to include some of the modifications that had been developed during playtesting, so the game turned out to be very one sided in favor of the French. I learned a valuable lesson to write stuff down, rather than trying to remember it all in my head. 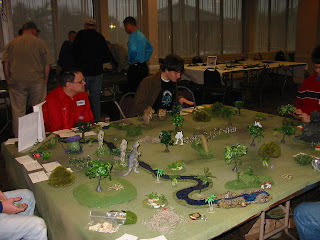 A wide view of the table. 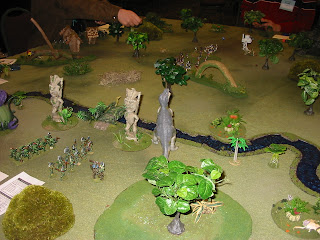 The Parrotmen's pet dinosaur moves to cross the river. 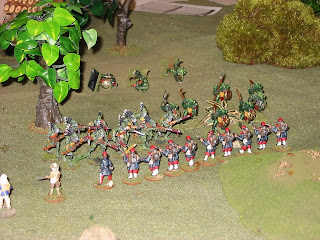 A unit of Parrotmen and one of Lizardmen try to come to grips with the French invaders. 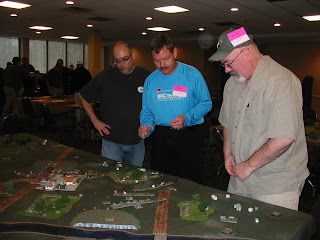 Another one of the Saturday morning games,Buck Surdu's 'Look, Sarge, The French are Counter-attacking', using the Look,Sarge, No Chart: WWII rules. 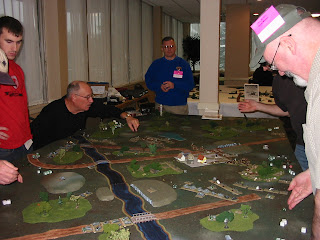 Another view of the table. 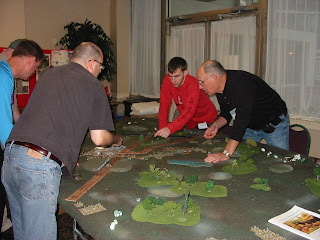 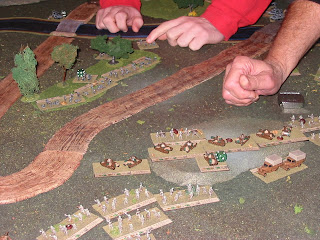 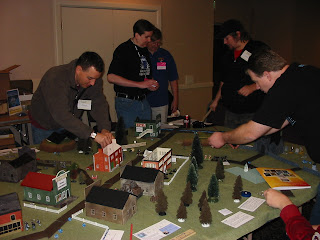 Also, running Saturday morning was Greg Priebe and Todd Harland-White's, 'Dr Who: Victoria Hawkes and the Steel Menace' game. This game turned out to be a real crowd pleaser, with lots of bad impressions and classic dialogue exchanged during the action. 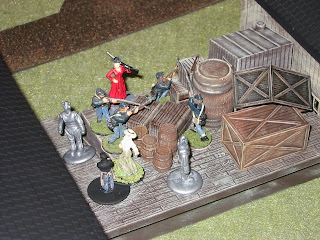 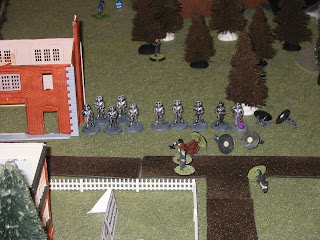 Cyber troops are everywhere, but where's the Doctor? 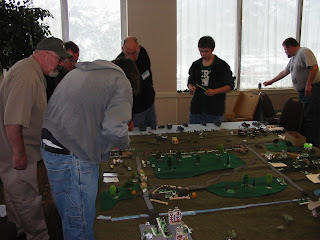 Sam Fusion ran his 'Look, Sarge, the Americans are Landing in France' game starting at 2:00 PM. The scenario depicted action on the southern coast of France during WWII, and used 20mm figures. 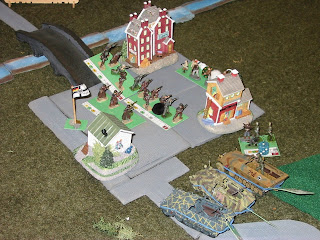 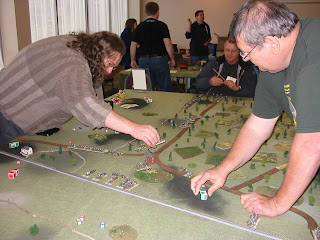 At 3:00 PM, James 'Tank' Nickle ran his, 'Look, Sarge, It's the Largest Cavalry Battle of the Civil War' theme game. This scenario was the battle of Trevilian Station in 1864, and featured lots of beautifully painted 10mm ACW cavalry. 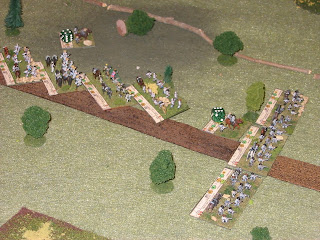 A close up of two Rebel cavalry brigades as they deploy to hold off a Union advance.

As evening approached, we began setting up the 'HAWKs 1000 Great Race' game. This game was to commemorate the club's 1000th convention game in the last decade. A group of 20 players rotated between four tables each featuring a different race, and accrued points for winning or placing as well as achieving certain objectives like rescuing lost explorers and finding treasure.

A great time was had by both the game masters and the players. 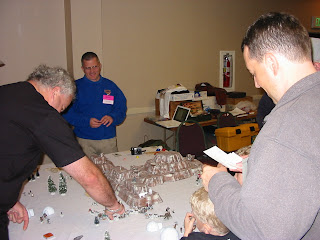 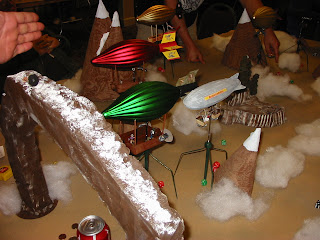 My zeppelin race table as the zeppelins approach the finish arch. 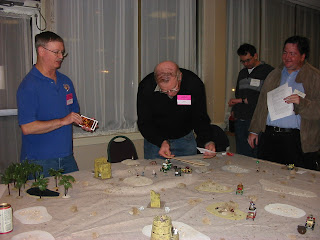 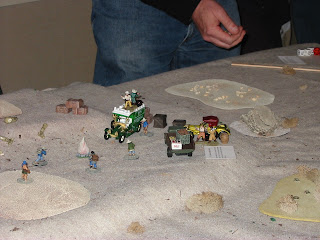 A close up of some of the racers battling over treasure. 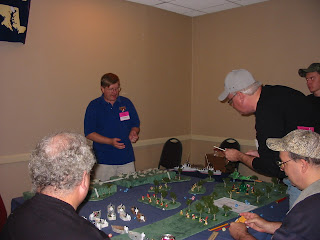 A big thanks to all the gamers who visited the HAWKs room during the con, and helped make it a big success for the club.
Posted by Chris Palmer at 3:28 PM