2mm VSF for Historicon: The British

In my last post I featured some example bases of the German VSF troops that I am preparing for my Historicon "Look, Sarge, It's Mars" game, using modified "Look, Sarge, No Charts: ACW" rules, Brigade Models Land Ironclads, and Irregular's 2mm troops. Today I am featuring examples from my British forces.
As before, all troop and vehicle stands are 3 inches by 1.5 inches, HQ and battery stands are 1.5 by 1.5 inches. I also wanted to expain that I purposely did not paint the windows on my ironclads. I feel that in battle they would have some sort of protective shutters on them, rather than expose the crew to lots of shattering glass. 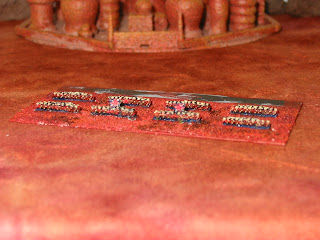 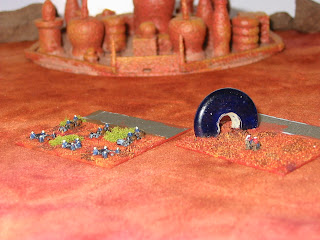 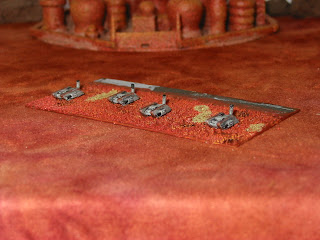 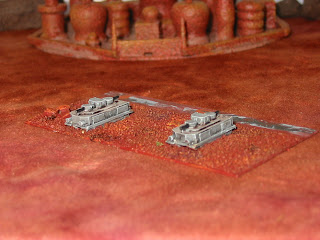 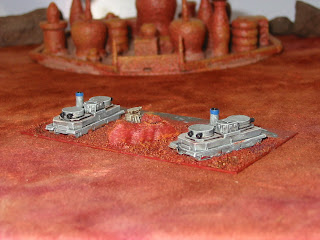 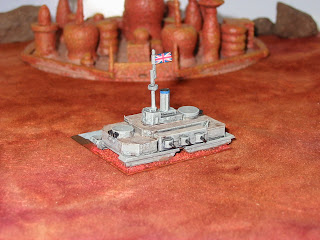 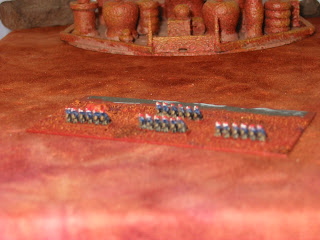 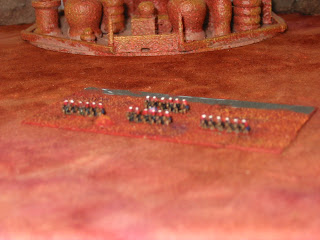 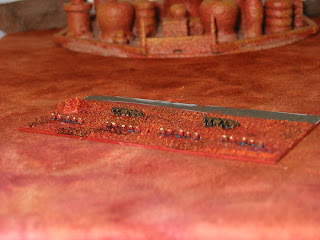 
Posting these now to show I once painted eyes on a 2mm figure: 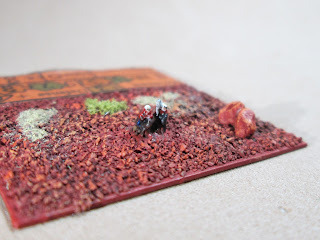 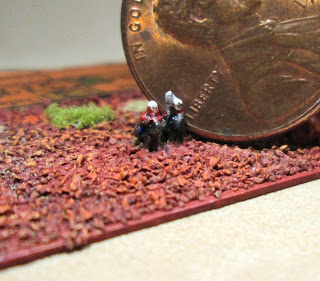