Here are some photos of some of the Friday evening games that were run in the HAWKs' room at Fall-In in Lancaster PA this past weekend.

We were very pleased  to have HAWKs' member Jim McWilliams win a "Pour Encourager Les Autres" award for his Friday afternoon SAGA game. 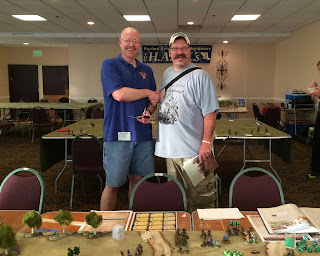 Below is a shot of my Friday Evening Frostgrave game.  For more photos and a short report see: The Harbor of Frostgrave 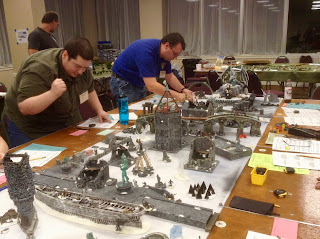 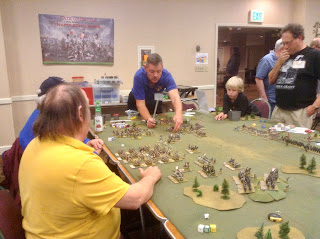 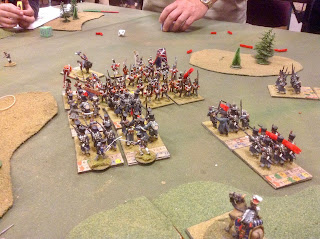 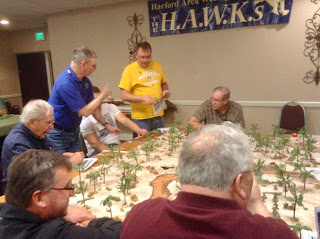 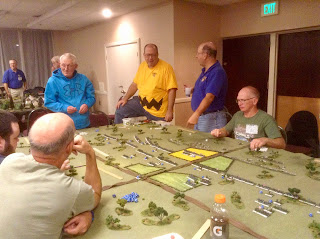 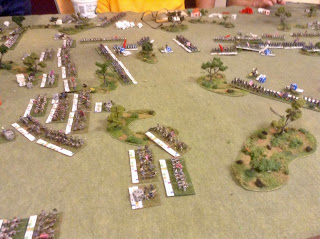 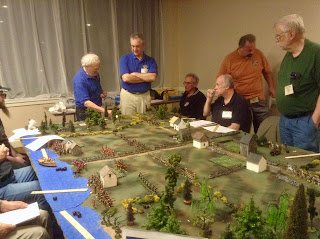 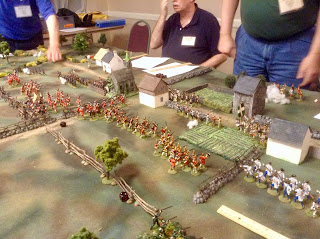 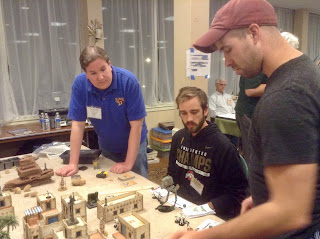 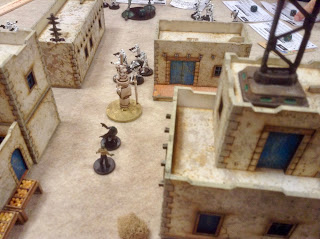